Hello lovely readers! Today is a sad and exciting day for me. It’s the very last post for my #FandomFrenzy feature and I’ve loved reading all of your answers and I hope my readers have also enjoyed. I’ll be thinking up a new feature very soon but for now, let me introduce you to our final guest!

The inspiration for this feature came from reading the fantastic ‘The Fandom‘ and so it is only right that our last post comes from its author Anna Day! Anna has written some wicked answers and I was delighted to see that she chose a film’s fictional world to enter and it’s a film that I adore too! In fact, reading her answers made me rewatch the film and fall in love with the soundtrack all over again! 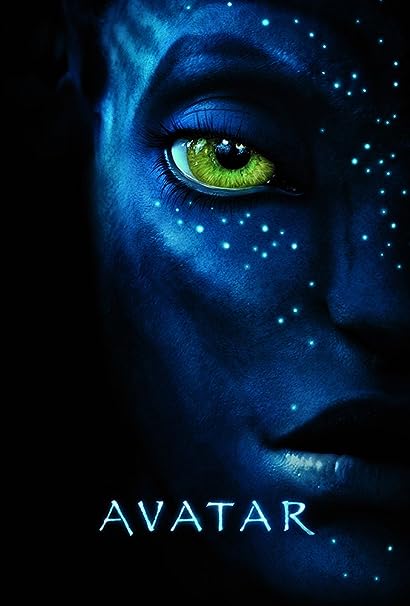 I’ve had to really put my thinking hat on so as not to just reply… Harry Potter! Which would always be my first response. So what I did was list my favourite fictional worlds, books and films, and then for each world, think about how likely it would be that I would die versus how fun it would be. And the winner of this simple death-fun equation was…fanfare… Pandora from Avatar.

Neytiri would be my first choice, because she’s brave and fierce and compassionate. I would love to have her show me around Pandora. I would also want to hang with the Toruks (the flying dragon creatures). They look mean, but I reckon I could do some mind trickery and go for some fantastic rides and visit the floating islands.

The humans. Isn’t that sad, but I guess it’s also kind of the point!

I expect I would completely balls it up. I would probably do exactly as Jake does and fall in love with Pandora and Navi (and of course, Neytiri!) I would probably get that far, but I hate conflict and I’m a complete chicken, so I would probably hide for the end part and hate myself. You see, my death was actually quite likely in this world… but Pandora looks so beautiful, and the fun just outweighed the death-risk! There are flying dragons. Floating islands. Soul trees.

I would stop a certain scientist from dying, or at least allow her soul to be uploaded to the soul tree. Sob. I also agree with criticisms that Avatar could be viewed as reinforcing the ‘white man saves the natives’ narrative, so I would perhaps make Neytiri the saviour of Pandora, and not Jake. Have I mentioned I love Neytiri!

The Hunger Games. It’s my favourite book, but I would last about a second. I wouldn’t even make it to the cornucopia.

Reading these answers totally reignited my love of Avatar. I remember seeing it in IMAX 3D in the cinem and falling in love with the gorgeous world, beautiful Navi and Jake! That death though – it makes me so emotional just thinking about it – thanks, Anna! If you haven’t immersed yourself in Avatar yet I highly recommend it but set aside a good 3 hours of your life to do so. As far as The Hunger Games go, I’m not sure I’d even last as long as Anna and many of you have felt the same along the way!

A huge, huge thank you to Anna for taking part in this feature and allowing me to run with this idea when I approached her many moons ago. Don’t forget to check out The Fandom and you can follow Anna on Twitter too.

Thank you to everyone who participated in this feature! You can check out all of the guest posts here. ❤

3 responses to “Fandom Frenzy | Anna Day ~ Author of ‘The Fandom’”