Hi everyone! Today I’m back with the next instalment of my Fandom Frenzy blog series. Today we have the lovely Donna from The Untitled Book Blog joining us to talk about all things Narnia! 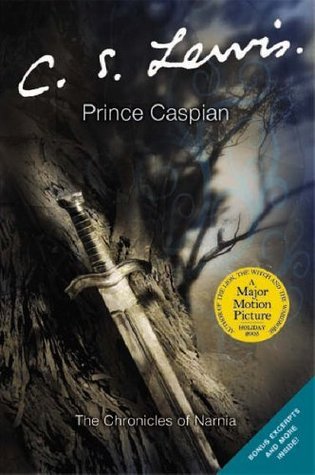 Narnia. Not the Narnia of the White Witch, but the Narnia of King Caspian. Apart from the fact I get seasick, I would have loved to have been on the voyage of the Dawn Treader, having adventures all over the world, even if some of them were a bit scary. Also, as far as horrible things happening goes, it’s not too bad once you’re at this point in the series!

Lucy and Edmund Pevensie know what’s what in Narnia, and how to deal with never knowing exactly what’s going to happen. They’re also pretty good at taking care of themselves and the people around them. Also Caspian himself would be an excellent guide to the wonders of the world if I happened to be there without the Pevensies, and he wouldn’t be surprised by someone from our world suddenly turning up from out of nowhere. It would save a lot of explanations!

If we’re talking Voyage of the Dawn Treader specifically, I would not have got along with Eustace in that book AT ALL. I suspect Reepicheep would have been something of a nemesis too.

Well this begs the question of who is the protagonist of Voyage of the Dawn Treader I suppose. Is it actually Eustace? He goes on the most dramatic journey. But I always tend towards Lucy being the protagonist of the books she’s in. I think I would probably make all the same mistakes she does to be honest – I would certainly use the spell she uses to eavesdrop on her friends! But I hope I would also be as kind as she is, and have the same joy at being in Narnia that she has. Maybe I’d be a little more sensible!

If I knew what was going to happen, I’d probably change what happens to Eustace. I’d try not to, because it has such an effect on his character, but I don’t think I’d be able to stop myself. It would certainly change the story! If we’re talking about Narnia more generally, I would stop the entire events of the Last Battle, but especially the bit that concerns the Pevensies and poor Susan. I don’t think I’ll ever forgive C S Lewis for what he does to Susan!

I can’t think of anywhere worse to be than Panem in The Hunger Games, and if I ended up being chosen, I would definitely be the first to die in the arena. To be honest, I’d be lucky if I made it through the training!

I haven’t read this book since I was really little so it was so lovely to delve back into Narnia a bit with Donna! Panem is certainly gaining itself a reputation of being somewhere us bookworms don’t think we could survive!

A HUGE thanks to Donna for participating in this feature. Be sure to check her out on Twitter (@donnamk79) and her blog!